The International Energy Agency forecasts a drop of almost 8% this year in global carbon emissions, due largely to the coronavirus impact on economic activity.This will barely impact the overall amount of GHG emissions.The report is summarized Here. 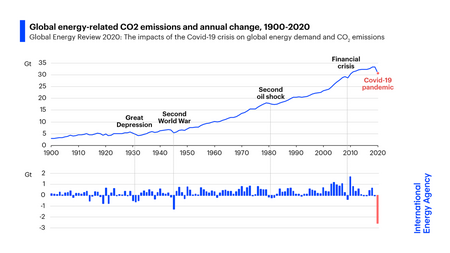 If you care about Climate Change, and want to learn ways to be part of the solution, instead of part of the problem, see this documentary from Leonardo DiCaprio and National Geographic.

Ecosystems are being impacted severely by sharp decreases in the oxygen levels of freshwater lakes, caused primarily by rising temperatures.  Large amounts of methane are being released to the atmosphere as well.  Oxygen levels in oceans are also declining rapidly, also directly related to climate change. See this study.

* Why "Sustaenable" and not "Sustainable"? Frankly, we feel the word "Sustainable" has been over-used and mis-used.  The letters "ae" have a rich history, dating back to Old English and Middle English usage,  as well as signifying the word "one; a single" in Scottish. For example, "there is but one earth" could be expressed as "ae earth".  We believe that this one earth is already in the depths of the climate change crisis...let's work together to avert even further damage.

Distributed Energy Resources (DERs) can be defined in many ways, but generally there is agreement that DERs are energy resources consumed primarily onsite at the end user’s location, and connected to the distribution grid, either behind or in front of the meter.  They are typically cleaner energy resources, contrasted with centralized generating plants, often fossil-fuel based, that connect directly to the transmission grid.

DERs are becoming increasingly cost-effective, even without considering the full benefits of GHG reductions they offer.  Research on California DERs shows that targeted implementation of DERs can reduce the Levelized Cost of Electricity[3] (LCOE) by almost 50 percent, reflecting the present value of the resources over their lifetime.[4]  Targeted implementation includes consideration of detailed data for intermittency, customer demand, and operating costs, which enable Energy Servicer Providers (ESPs) to develop strategies for customized policies, programs, and incentives that engage the optimal mix of customers, including prosumers producing their own distributed energy onsite.

WHY THE TIME TO ACT IS NOW

The overwhelming scientific evidence confirms a clear causative effect between anthropogenic sources of greenhouse gas emissions and climate change. The Intergovernmental Panel on Climate Change (IPCC) estimates that there is at least a 95% likelihood that humans are the primary cause of climate change.

The United Nations  Framework Convention on Climate Change (UNFCCC) issued a report, reflecting 3 scientific reports published in the past year.  The draft report concludes that greenhouse gas emissions need to be cut by 40 to 70% (versus 2010 levels) by mid-century to avoid the 2 degrees Celsius (3.6 degrees Fahrenheit) increase widely considered to be the limit the earth can withstand without losing control of climate change.

However, retired NASA scientist Jim Hansen and other highly-regarded climate change scientists argue that even 2 degrees Celsius could initiate natural feedback to the climate system, such as further melting of the polar ice caps, which could initiate global warming beyond the control of human intervention.

Regardless of which climate change scenario occurs, there are numerous "no-regrets" actions which both the public and private sector can implement in order to minimize the increasingly dangerous impacts on humans, animals, the atmosphere, and the environment.

A new scientific study estimating the costs to society of emitting carbon dioxide, has found that the real cost is about $185 per ton, or 3.6 times higher than the price utilized by the US federal government, just $51 per ton.This new estimate includes damages to ecosystems, biodiversity, and human health, which previously were not included.  See this overview of the study.

The mid-ocean depths supporting many global fisheries are losing oxygen at hazardous rates. The steady decline of oxygen in our oceans is accelerating, having disastrous effects on aquatic life in the coming years. By 2080, 70% of the world's oceans could be suffocating from a lack of oxygen...due to climate change. 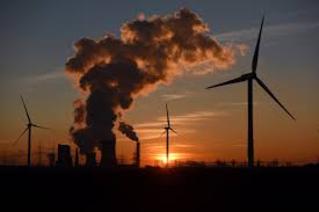 Curious just how green EVs are?  Check out  this article. 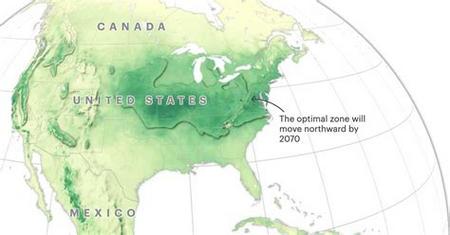 Earth's poles are destabilized, and temperatures in the Arctic are rising twice as fast as the global average.  Ramifications for sea level rise are dire. See this study.

Climate change may be occurring faster than many have predicted.  A study now indicates that the intensity levels of storms in the southern hemisphere are already reach levels previously forecasted to not occur until 2080.  See the study here.

The COP27 conference concluded with participants agreeing to re-commit to limiting the global temperature increase to 1.5 degrees Celsius above pre-industrial levels.  Also, there is a significant agreement on "Loss and Damage", in which developed countries funds to asist countries afflicted with climate-related disasters.  See the United Nations Climate Change website for details.

The wildfires in western USA are very much related to Climate Change.  And the current La Nina will just make it worse.  Read this  article.

The UN Intergovernmental Panel on Climate Change  says the negative consequences of climate change are accelerating much faster than forecasted. This is an extraordinary report alerting the world to drastic ramifications of inaction.

NOAA's 2019 Arctic Report Card documents the sea ice at its second-lowest level ever recorded during a summer period. From 2002 to 2019, Greenland’s ice sheet lost 267 billion metric tons per year, on average. 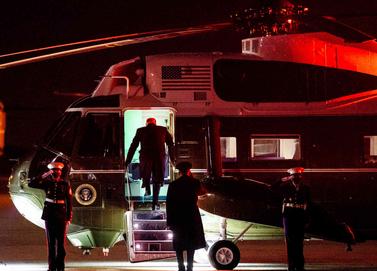 Climate Change is occurring much faster than many scientists thought, and the Trump administration is pulling out of the Paris Climate Treaty.  It's time for much more action, and less talk, to mitigate climate change now. See the evidence here.

More startling evidence of the accelerating rate of climate change. The world needs to adopt GHG-neutral technologies at a much more rapid rate to avoid catastrophe. See this article with photos of the massive Greenland ice melt. 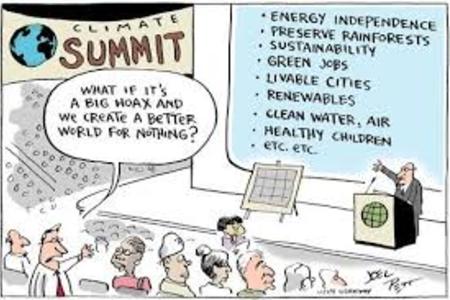 The 2022 UN Intergovernmental Panel on Climate Change Report   says it is not too late to avoid the most catastrophic consequences of climate change, but only if immediate action is taken, including: 1) switch to renewable energy, 2) upgrade the energy efficiency of buildings, 3) decarbonize cities, 4) use EVs, and other smart transport, 5) capture & sequester carbon, and 6) help developing countries cut emissions. See this article for an overview.

The U.S. Senate and House of Representatives have approved critical climate change legislation, with $369 billion for advancing clean energy over the next 10 years.  GHGs will be reduced 40% by 2030. A good start, but much more needs to be done.  See these articles.

California's progress in reducing greenhouse gases is too slow.While the state may be able to achieve power sector targets, the cap and trade program has set the price of carbon too low and authorizes too many allowances to pollute. The transportation sector needs more rapid electrification. Besides renewable energy and distributed energy resources (e.g. storage, energy efficiency, demand response, EVs, CHP), the state needs to consider Hydrogen as a long-term energy source, as well as potentially Fusion, Thorium nuclear, and carbon capture and use.  For the new Next10 Study and expert opinions, click here.

With average global temperatures expected to rise to 2.7 degrees Celsius by the end of this century, far above the 1.5 degree goal, the COP26 talks in Glasgow have significant urgency.   Read about some of the critical issues  HERE.

The International goal of limiting the global temperature increase to 1.5 degrees celsius is becoming even more difficult to reach.  A report reveals that, in less than 10 years, we are on a trajectory for exceeding that modest goal.

Global Methane emissions set another record in 2021, and Carbon Dioxide also continues to increase at historic rates, according to the most recent analysis from the National Oceanic and Atmospheric Administration.  See the report. 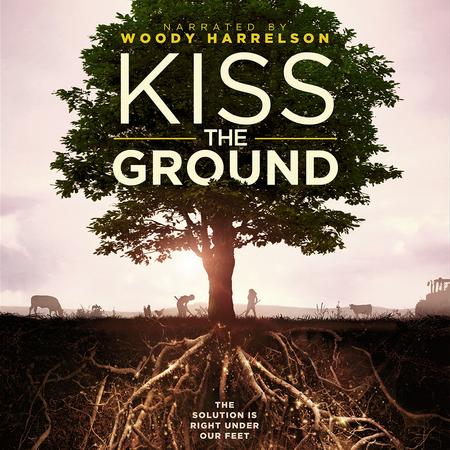 The social cost of carbon dioxide emissions has been estimated to be as high as $1,000 per ton. But a new study, taking into consideration the significant increase in heatwaves and floods into account, as well as advances in climate science, to estimate a cost of about $3,000 per ton.  See this article. 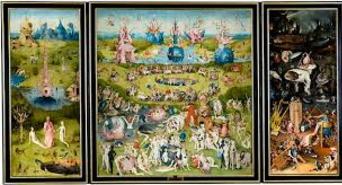 Climate change may cause Stratocumulus clouds to  disappear, which could dramatically  increase global temperatures much more than generally forecast.  See the original research Here,  and a brief article Here. 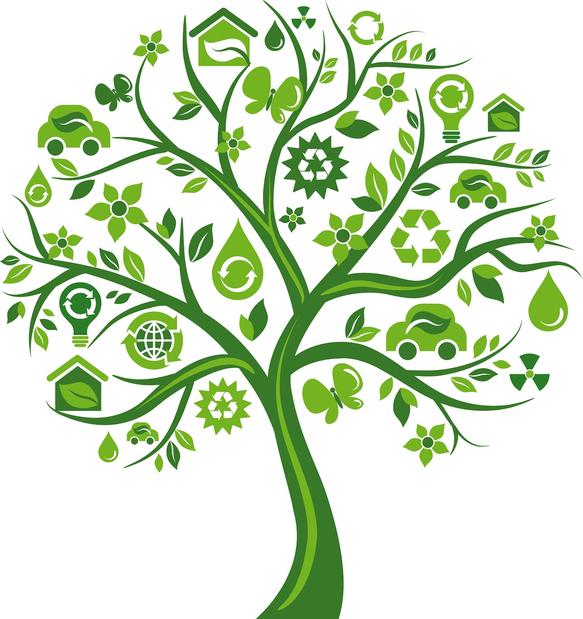 2020 was another disastrous year for climate change. The overdue exit of Trump will at least get the USA back on the right track.  Here's the year in review.

Virtual Power Plants, from solar plus storage, but also EVs and demand response, with Distributed Energy Resource Management Systems (DERMS), are developing into one of the primary strategies for achieving GHG reductions. See this article.

The Social Cost of Carbon: What is the price which could be sufficient to limit global warming to 1.5 Celsius?  See this study. 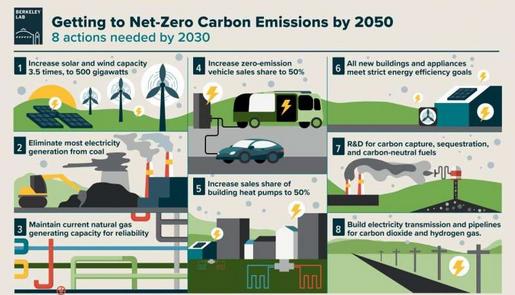 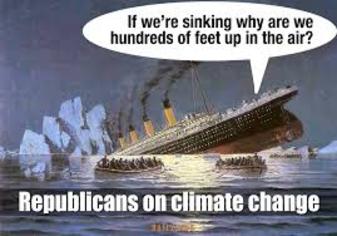 ​Collaborative Goals to Sustain Our Future

At COP27, Several European countries have agreed to contribute towards "Loss and Damage", putting pressure on the USA to do likewise.  At least the U.S. government will require domestic oil and gas producers to detect and fix leaks of methane.   See this article for more. 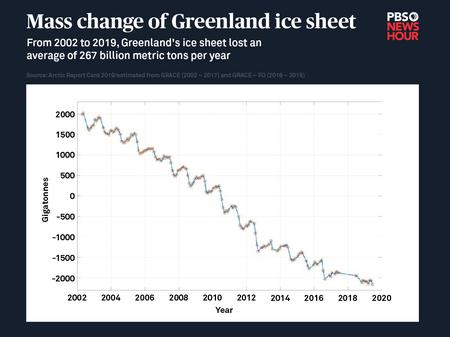 Republicans are cynically seeking to undermine and reverse critical climate change laws and new legislation. Many Republican politicians have ties to the coal and oil industry. If they are successful, climate change will accelerate with drastic consequences.  See this Review.

Transportation is the biggest contributor to carbon emissions in the USA, with 28% of the total.  This article describes what the Biden Administration is seeking to do to dramatically reduce carbon emissions from transportation, including policiers favoring electric vehicles and charging stations.

The world has already an average temperature increase of 1.1 degrees Celsius, and is on a trajectory for 1.5 degrees Celsius by 2040.  Now comes a study which reveals we have already passed 9 tipping points for a climate emergency.  See this study.

Texas Proves the Green New Deal is Needed Desperately.The advocates for free energy markets and small government have been proven fatally and tragically wrong by the failed Texan experiment.  This article  provides insight into the litany of mistakes Texas made, which reveal the urgent need for a Green New Deal.

The US Supreme Court will be hearing a challenge of the EPA's authority to regulate climate change.  It is possible that the conservative court will rule to drastically reduce EPA's ability to reduce GHG emissions.  See this article.

Biodiversity and Regeneration are critical for climate change mitigation. See this Documentary!

Acidification in Arctic waters from climate change induced melting of ice bodes very ill for animals and plants relying upon healthy ocean water. In the coming decades, this could have catastrophic impact on life in oceans worldwide. For information on this scientific study, click here.

Putin Is On To Us

From Thomas Friedman's article in the New York Times:

Putin knows that the USA has five strong, but frequently incompatible and often self-defeating, energy interests:

1) We want to decarbonize our economy as fast as we can to mitigate the very real dangers of climate change.

2) We want the cheapest possible gasoline and heating oil prices.

3) We want to tell the petrodictators in Iran, Venezuela, and Saudi Arabia to take a hike

4) We want to be able to treat U.S.S. oil and gas companies as pariahs and dinosaurs that should pump us out of this current oil crisis and then go off in the woods and die and let solar and wind take over.

5) We don't want any new oil and gas pipelines or wind  and solar transmission lines to spoil our backyards.

Putin can use these contradictory interests against us, and very possibly could stop all Russian oil and gas exports for a month or two this winter to countries supporting Ukraine.  This could cause oil and gas prices to skyrocket even further, and radically divide the interests of the West versus Ukraine.

This is a very real threat.  Friedman calls for President Biden to be proactive in this energy war, and accept some compromises to the strong interests listed above. We need to utilize every source of energy for the time being. We  need to invest in carbon capture.  And we need to insure that any new oil and gas pipelines can accommodate hydrogen, the clean energy with great promise in the coming decade.